WHAT IS BEEF JERKY?

Hankering for some meat, but it’s not quite lunch or dinner? Never fear, jerky is here! Gingin Grass Fed’s beef jerky is made using 100% West Australian grass fed beef – the same meat you can buy fresh from our butcher every day. Dried to salty, snack-tastic perfection, it makes a tasty bar snack, afternoon pick-me-up or weekend treat. Our mouths are drooling just thinking about it… Perth jerky fanatics will tell you that the best jerky is made using lean red meat. Trimmed of fat, the meat is cut into strips and marinated in a mix of salt, herbs, and seasoning. The meat is then dried, dehydrated or smoked, resulting in cured/preserved morsels of savoury goodness. 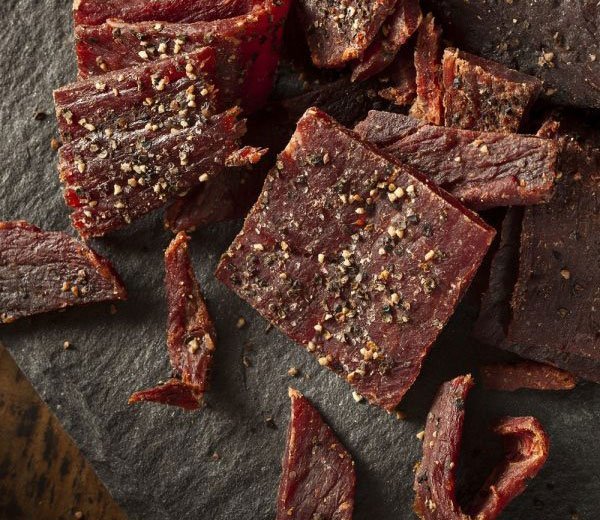 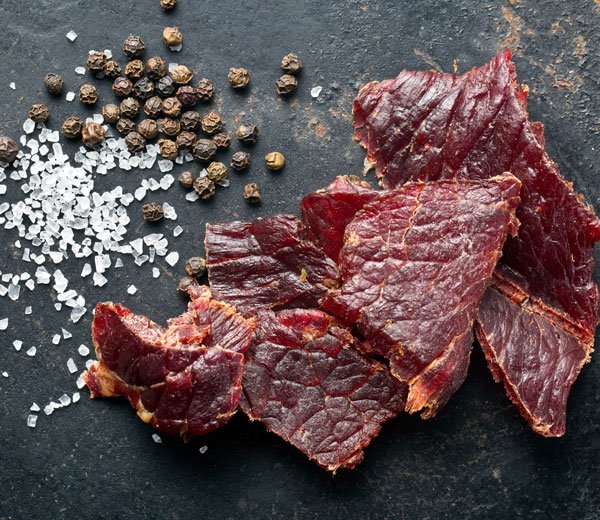 Perth’s market trawlers know to make our Gingin Grass Fed market stalls a must-visit, thanks to our beef jerky. Perth jerky aficionado, beef jerky wholesaler or just a curious customer? Grab a taste tester of our premium beef jerky from our market stalls or in-store today.